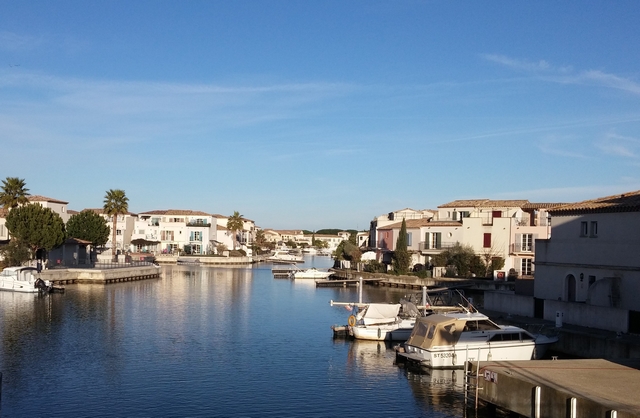 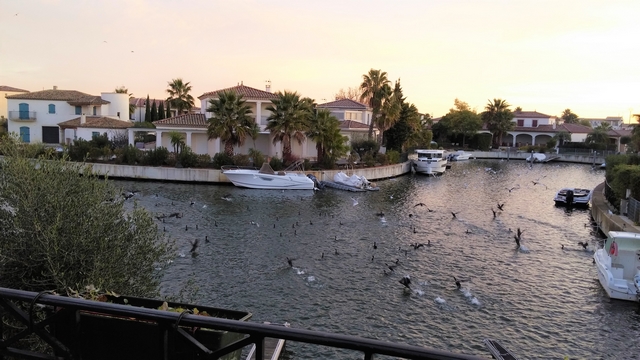 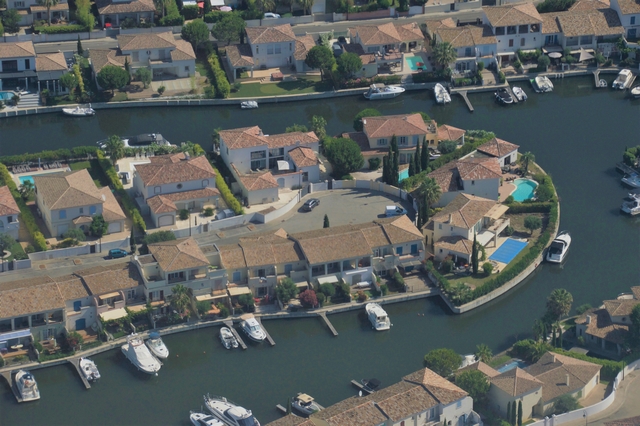 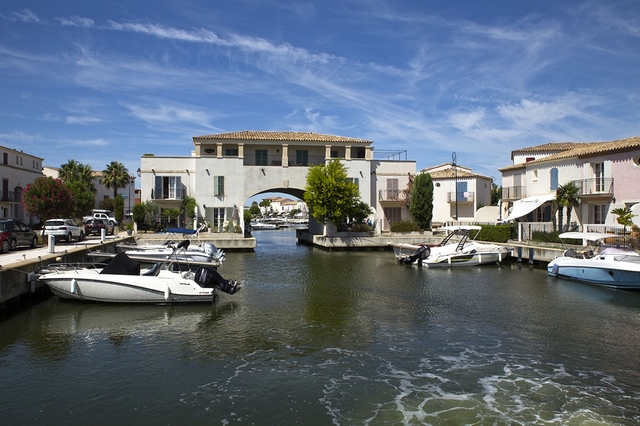 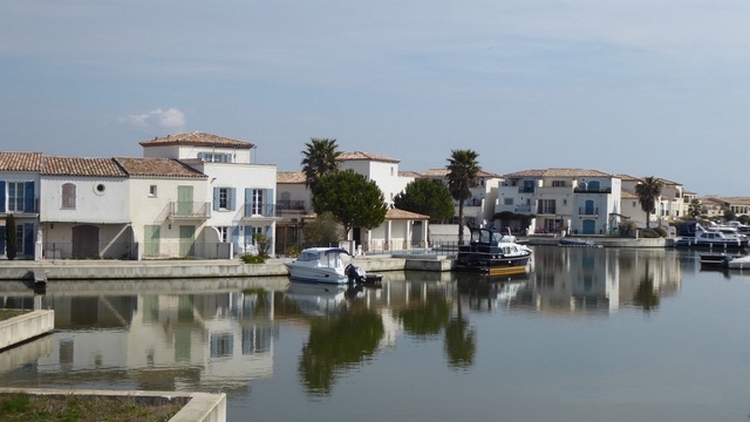 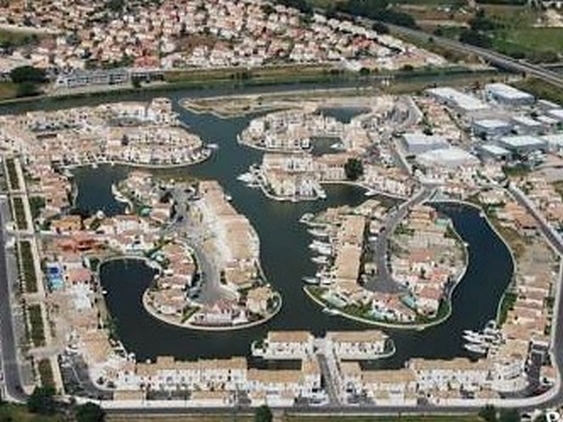 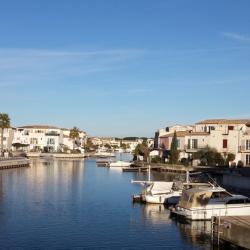 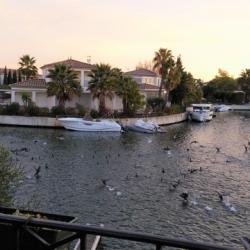 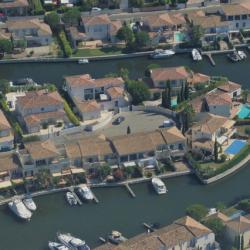 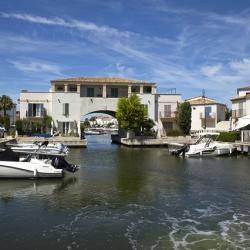 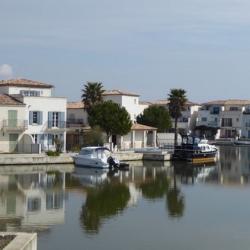 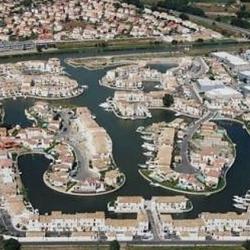 The weather was starting to get nice, we were looking forward to sailing, but the sea was a little too rough.

So, why not sail through the canals and visit a city like Martigues, which we had been told was well worth visiting?

We answered this question by looking at the Fluviacap website on the computer to find out the distance and possible constraints related to lock passages.

The site gives us the distance between Aigues-Mortes and Port-Saint-Louis-du-Rhône, the gateway to the Gulf of Fos: 87 km, two locks and an estimated sailing time of about 8 hours.

This is good, we are in no hurry, but the days are still short, and we decide to travel in two stages because Martigues is still quite far from Port Saint Louis.

First, Aigues-Mortes to the Marina of Saint Gervais located at the bottom of the Gulf of Fos and then the next day Martigues.

As usual, we call the lock operators of Saint-Gilles and Port Saint Louis beforehand to ensure that the locks are working properly and that they are in good working order, and for good measure we also call the Port Saint Gervais harbour master's office to reserve a place.

We display the VNF sticker on the windscreen because the lock operator will necessarily check its presence and validity. We have secured our boat with alternating horizontal and vertical fenders, placed the vests within reach to pass through the locks and at least two mooring lines long enough to tie the boat by the bow and stern as we pass through the Saint-Gilles lock.

We are now operational and are leaving in our little Merry-Fisher 755 for the adventure.

The journey begins by going up the Canal du Rhône à Sète quite quietly in a pretty grazing light. We try not to create a stir so as not to damage the banks and shake up the boaters moored at Gallician, then we turn off to go the Petit Rhône. It is crowded with tree trunks and other debris, but navigation is easy. We follow the indications of the river signs and we arrive at the Saint-Gilles lock.

A call from the lock operator to the VHF, he tells us which side to moor the boat on, comes to check the sticker, looks at our vests and then closes the first gate of the lock. We attach the front and back of the boat to sliding rings that move up and down as the level changes.

We are ready and interested because the crew of Corail, (the name of our boat), two people, are not used to passing through locks and the captain remembers passing through a lock in Dunkirk, which is used to accommodate tankers.

The force of the water at the gate opening was such that the crew, also of two people, had great difficulty in holding the boat against the wall, having forgotten to attach the front, against the mass of water that was coming in with such a force.

This incident made laugh the sailors of an oil tanker who was crushing us with his mass in the lock.

Nothing like it in Saint-Gilles, a human-sized and easy lock.

We resume the journey and approach the great Rhône, the channel is marked by “ducs d’Albe” a name for a marker pole system which guarantees the safety of navigation, the current carries us on and our speed increases very significantly. Arles passes before our eyes, we cross some boats, but the navigation is very quiet. The banks are bordered by trees and we can now see the width of the Rhône which amazes us.

We didn't know it was that wide.

The daylight starts to fade, we also fade, we are getting tired when my wife alerts me by pointing out to me a Canadair preparing to land on our trajectory and says to me: "But he didn't see us!”  And I'm about to answer him, "Of course! He sees us!"  In fact, he hadn't seen us and suddenly climbed up to fly over us and land behind us.

A few minutes later we see him passing us and taking off a few hundred meters ahead of us.

A little situation that refocuses us on navigation.

In the distance we can see boats crossing the river, it is the Barcarin ferry. We calculate the right time to pass because the ferries that cross the river in their own millieu are fast. 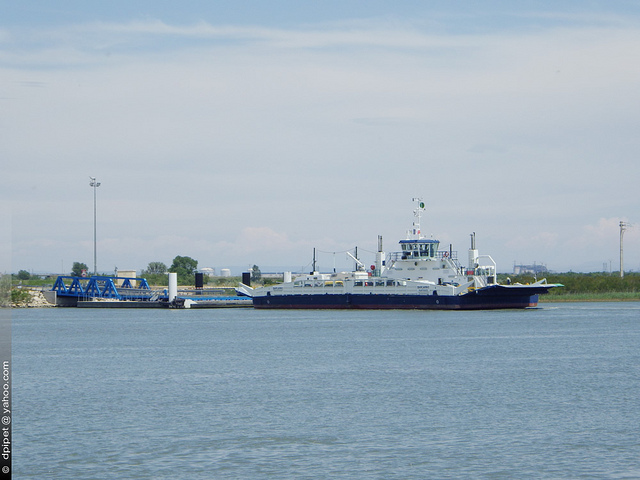 We now want to arrive at the Port Saint Louis lock.

We get there and are surprised, the level of the Rhone is higher than the sea level and instead of going up as we expected our boat goes down slightly by about thirty centimetres.

We pass in front of Port Saint Louis, the site is well equipped for boaters, the captain's office has all the necessary comfort and we have good memories there. The city is not a place of beauty, but the municipality has done its utmost to make it attractive with the means at its disposal.

We head for the port of Saint Gervais for a restorative night.

We weigh anchor around 9 a.m. and head towards the Caronte channel which connects Fos to the Etang de Berre.

No difficulties if you stay within the limits of the buoyed channel which is dredged to 10 meters.

We arrive at Martigues, we dock where we were told to dock. There is no one to welcome us or charge us for a berth, no cashier to come to collect our money despite our many efforts to settle up our dues. 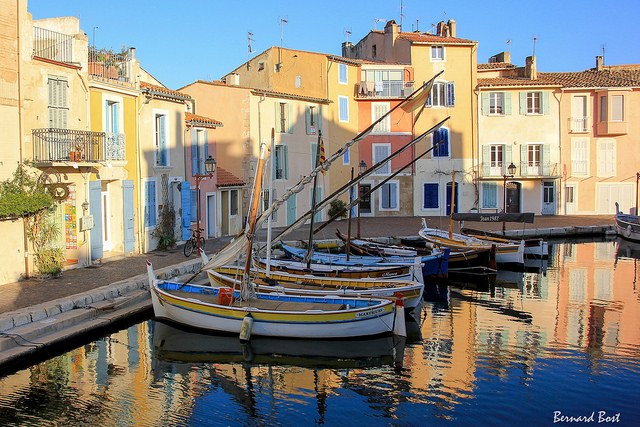 So, we set off towards the city centre.

Martigues has a lot of charm, an air of Venice on a small scale, we took a lot of pleasure in visiting it and looking at the pretty colourful houses.

Time passes quickly and after a lot of strolling around we spend the night in the boat.

It is cold but we decided to spend a second night and then to go back the next day. The sea has calmed down and we are opting for a return by sea.

The landscape passes by quickly at fifteen knots because we want to return to Aigues-Mortes in the evening.

We really enjoyed our winter getaway and are already planning a second one to Embiez, Mr. Paul Ricard's emblematic island, which is off the coast near Sanary and Six Fours.

The Crew of the Corail boat